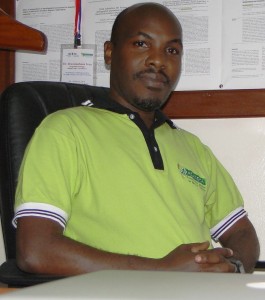 With funding from the Multi Donor Trust of the World Bank and WHEAT, ASARECA has launched a project to assess opportunities and constraints in wheat value chains and raise smallholder wheat farmers’ productivity by at least 20% in selected communities of Rwanda and as much as 100% among participating households in Burundi.

“Both countries have favorable agro-ecologies with high potential for wheat production,” said Ivan Rwomushana, ASARECA Manager for Staple Crops, “but the crop is grown mainly by smallholders under rain-fed systems, so domestic production covers less than 25% of consumption and the countries import the rest at a considerable cost.”

Urbanization, a rising middle class and new lifestyles are driving up wheat demand in Sub-Saharan Africa. But regional supplies fall short, so wheat-consuming countries must use foreign reserves to import at least US $12 billion-worth of grain each year. In Rwanda alone, the annual cost of wheat imports has spiraled from US $2.3 million to US $33 million, over 2006-11.

“In Burundi, for example, farmers harvest only 0.8 tons of grain per hectare, on average,” said Gaspard Nihorimbere, wheat breeder at the Institut des Sciences Agronomiques du Burundi (ISABU). “Use of improved seeds with proper agronomic practices and fertilizer could raise that to 1.6 tons per hectare.”

The project is called “Enhancing Wheat Productivity and Value Chains in Burundi and Rwanda.” The work links with regionwide efforts of ASARECA to develop smallholder wheat production systems and value chains and WHEAT’s ongoing “Wheat for Africa” initiative, and will marshal contributions from the Rwanda Agriculture Board (RAB), the University of Rwanda (UR)/College of Agriculture, Animal Sciences and Veterinary Medicine (CAVM), ISABU, the Confédération des Associations des Producteurs Agricoles pour le Développement (CAPAD) and CIMMYT. The project will also leverage ongoing work of the Wheat Regional Centre of Excellence of the Eastern Africa Agricultural Productivity Programme (EAAPP).